I learned at a very young age that collecting soothes and sorts a scattered mind. In the chaos of my childhood home I built a sanctuary within the space allotted to me for sleep and solitude. I started with books – series like The Babysitters Club; Sweet Valley High; Fear Street – inexpensive little treats that added up quickly so that the pleasure of seeing their uniform spines lined up along a wall equalled the pleasure of immersing myself inside the stories. I also collected cassette tapes, VHS tapes and, most reverently and expansively: magazines.

Musicians, young actors and actresses, and models were usually my drug of choice. However, when Beverly Hills, 90210 premiered in 1990, I had the opportunity to collect on many levels. Young actors, both boys and girls, sold me fashion, beauty, music, trends and sex. Not only was I able to align my teen frustrations into organized well labelled stacks of VHS tapes but, because 90210 was a teen culture phenomenon, I was able to become an insane fully immersed collector. What were once simply shiny magazine pages from Teen Beat and Bop became buttons; stickers; collector cards; games; clothing; pillows; sheets; curtains; jewellery; dolls. My bedroom was a shrine with only space for me and my obsession.

With nothing but the knowledge of the fantasy world they have stepped inside, fandom that complete creates a fan mutant of a person. No longer a simple fan, the Fandom Monster will listen quietly and leap awkwardly on any opportunity to reveal their massive cache of knowledge.

Which is why, on the day the season two episode of Beverly Hills, 90210 was to air where “one of the gang” was going to tragically meet their end; I could not keep myself quiet when a girl on the bus said, with complete assurance: “Dylan is going to die, probably of an overdose.”

“First of all,” I interrupted, speaking with an authoritative tone that startled my usually reserved self, “Dylan is in recovery.” After getting that point out of the way, I explained that the week’s TV Guide ad (which I clipped each week and pasted into a photo album) featured David’s geeky friend Scott Scanlon in the cast photo and that Scott hadn’t been in ads all season.

Never mind the fact that, at the tender age of 13, I had figured out how to discover TV tropes, I just needed everyone on that bus to understand that I knew what I was talking about, and they needed to listen.

The girl I was so patiently schooling shrugged and turned away, but I felt pretty great setting her and her friends straight. Felt even better that night when Scott shot himself in the face.

“I knew it!” I shouted into the empty room, my voice echoing off the glossy papered walls, the silent smiles of the 90210 cast gazing back, congratulating me for being their Biggest Fan.

Find me now on my new site Les Beehive!

2 thoughts on “The Fandom Monster” 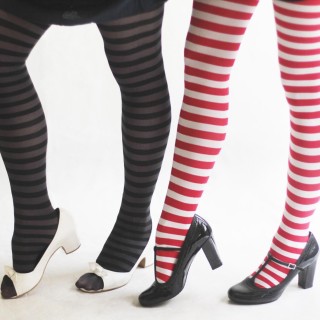 It's very difficult to keep the line between the past and the present.